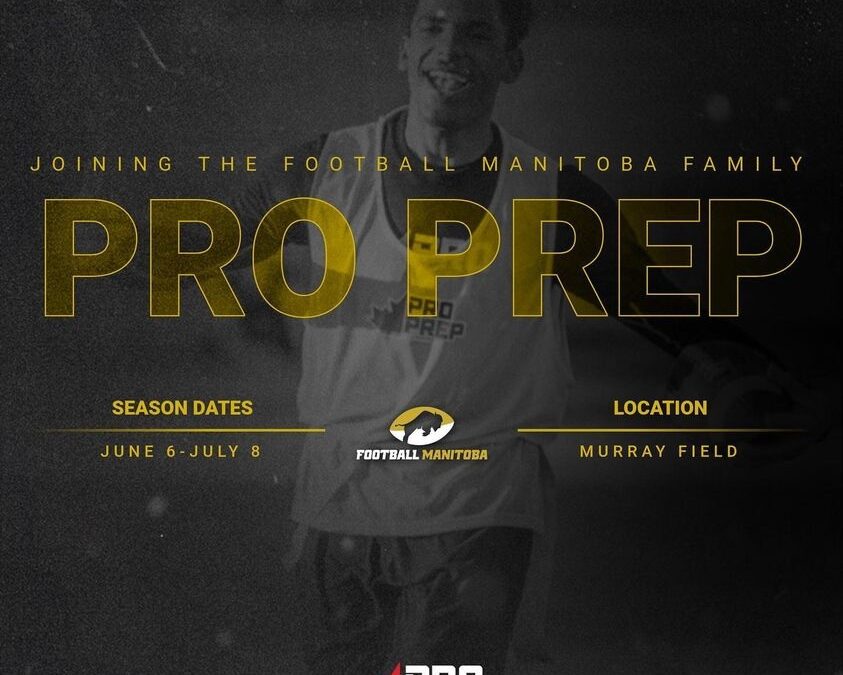 Beginning on Monday, June 6, this five week, seven-versus-eight league for high school athletes offers the same immersive experience that Pro Prep athletes have come to expect, while integrating the stability of Football Manitoba’s highly-successful programming as Football Manitoba continuously strives to offer opportunities for young players in the province.

Registration and sanctioning will be done through Football Manitoba and all games will take place at Dakota Collegiate’s Murray Field, running from 5:30-8 pm three days a week. Once again there will be two age divisions, one for junior varsity and one for varsity. Athletes will be featured on Pro Prep’s social media channels every single day during the season, with an emphasis on promotion and exposure (including a weekly mic’d up segment and pre and post-game interviews), while the well-received all-star game and year-end awards return for 2022.

This seven-versus-eight league is a great way for high school athletes to prepare for tackle football. It’s highly competitive, fun and offers teams a chance to run their systems and develop chemistry with their teammates.

Don’t miss out on the best flag football experience in the country, sign up now!